Our first bioproduction tools are more specifically designed for the production of recombinant virus.

An advanced prototype of this cell line is available with its final version of expected mid-2019. These cells will be supplied together with the backbone plasmids for recombinant protein or virus bioproduction. The target genes can be inserted in the backbone of the plasmids by the users. Alternatively, we can design any gene construction and provide the constructions. 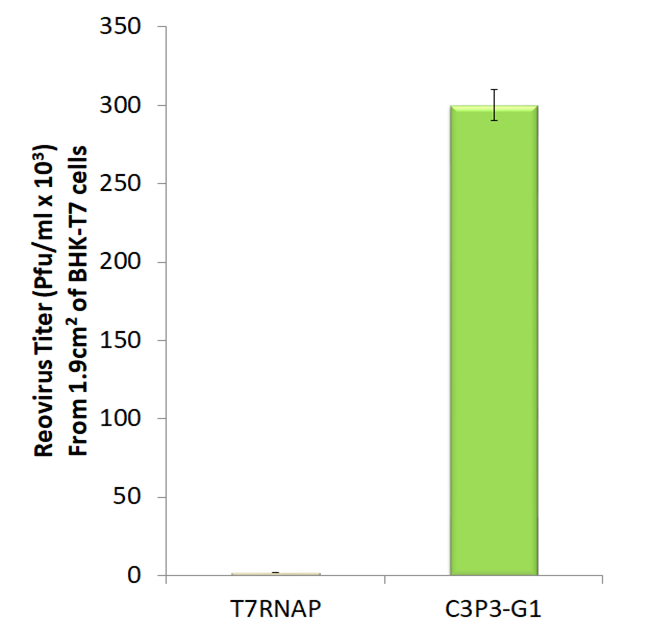